It was another Tuesday ride. We had gathered together outside The Smithy as usual. It was a wee bit blowy, but not too bad and a bit damp underwheel.

“Let’s go over the hills” one of our bright sparks suggested. Two of our number had to be back early, but would come up part of the way, so off we went.

It was wet on the roads and there had been a bit of a blow so it was soggy leaves as well. So taking it easy, especially on the downhills we gradually wended our way upwards.

After a punishing climb up, It was just stunning as ever on the tops with great views and the sheep behaving themselves. Though we were taking care as Ali had come a cropper a few weeks before on one of the steep descents near here, damaging himself badly when a woolly beast ran out in front of him.

Dodging the loose stones, gravel and puddles we made our past the Whiteadder reservoir with it’s short steep climb at the end, then on to the turn off, about 20 miles in. I once got here to find it blocked off as a car rally was being staged. No big deal for a motorist, but a bit of a way out for a cyclist.

We climbed up the road which deteriorated as we went, steeply (yet again), past the hairpin with more gravel, potholes, stones, puddles and glaur. Eventually we made it up to the top and into the forest. The road was a beautiful shade of brown, covered in wet pine needles from the surrounding trees. So cautiously we made our way down to start the relatively easy climb out of the next valley. We passed a few coos (cows) by the side of the road, then more a more till a big herd blocked the road. Peddling slowly Ali led us up to them, shouting and gesturing. Luckily they moved, mainly sauntering off to the side. Then up once more, this time through the Triffids (giant wind turbines) to the last big summit, through mud, cow pats and road works. I always love this section as it usually is deserted and remote, but not so much this day.

From the top it’s a glorious, fast descent, usually at well over 40 mph (65 mph). But not today, the road was wet, covered in mud and slime and just too dicy to contemplate going quickly. Then by the farm at the bottom a closed gate, which I had never even realised was there. Luckily we were creeping down because of the conditions under our wheels. After hoiking our bikes over the gate, more ups and downs, more glaur, more gravel, more potholes. A cyclocross bike might have been a better bet than a road bike.

Eventually we got down to Dunbar, a welcome coffee break with scones and meeting pals accidentally. Then away hame. Altogether an enjoyable ride despite (or because) of the conditions.

On a relevant tack, I never usually recommend stuff, but I’ve been using a chain lube called Squirt, which I’ve mentioned before. It performed wonderfully and despite the bike being plastered with muck at the end of the ride, the chain was clean. It also just needs a quick wipe occasionally, nothing more. It seems to be extending the chain life and makes the chain run so smooth. And I have nothing to do with the product at all, it just works for me.

Up onto the Lammermuirs, the road ahead

Ali comes up, with lowland East Lothian spread out below

Johnny emerging from the climb 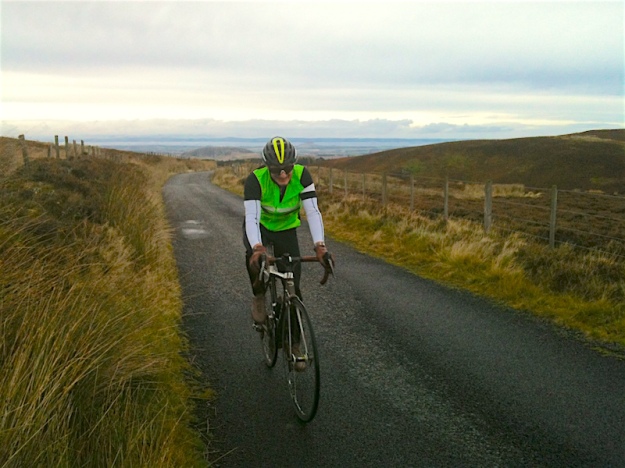 After Whiteadder the valley before the hill beyond, the Triffids await.

Another top, looking over the Scottish Borders

A wee rest for a change 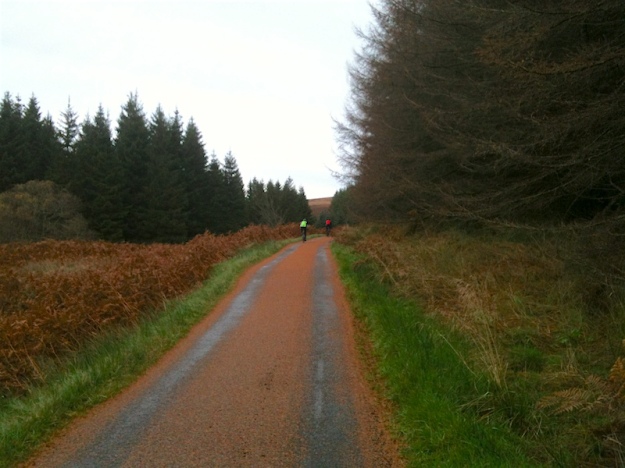 Into the forest and the pine needle road, easy does it!

The “Day of the Triffids” arrives 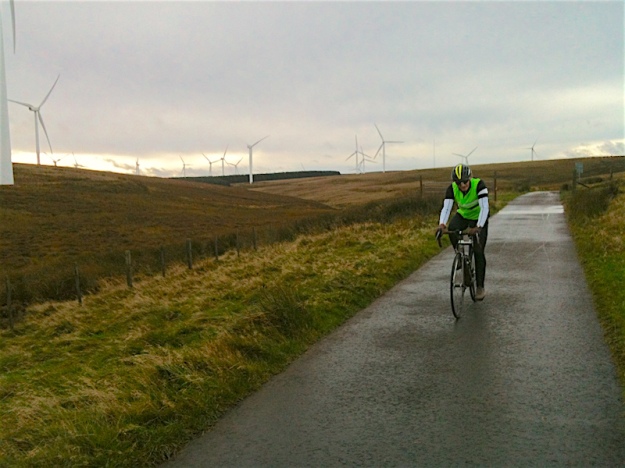 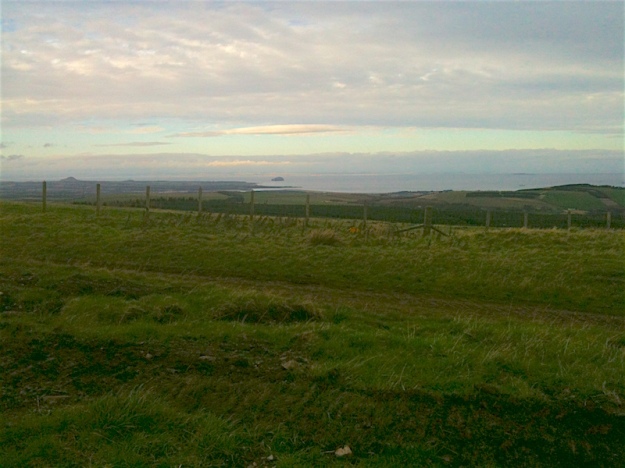 A glimpse of the sea, our coffee and scones await down there somewhere? 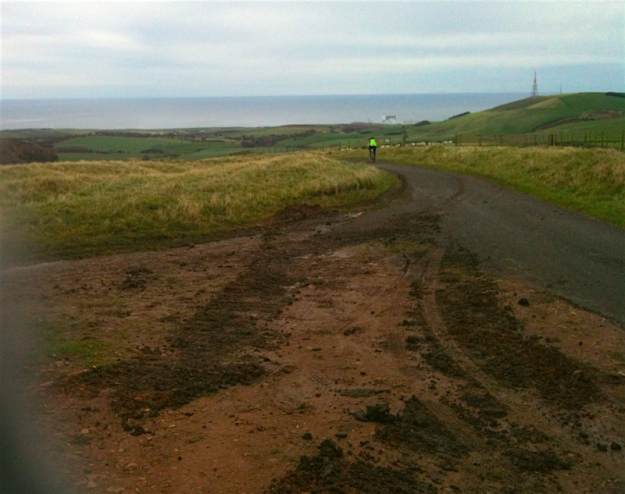 More glaur on what is normally a super fast descent. Torness, a nuclear power station is below us

The farm gate I’ve never noticed before and more glaur

Yes, muddy again? We had just come out of the hills top right 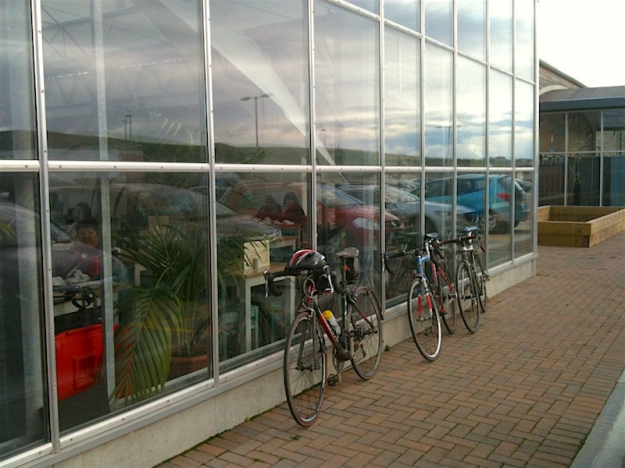 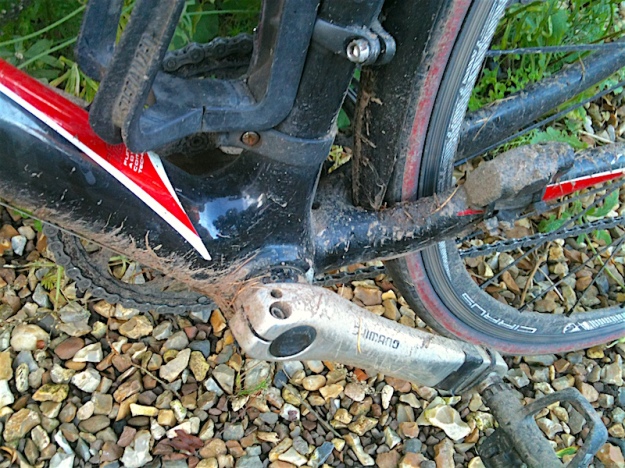 Should you do this to a bike? Of course, a wee bit of water & all is OK!