A lovely day for a ride? It was, went over my little local hill, my ‘personal challenge’, then was going to head east for. 20 – 25 mile loop. Coming back down to the main road you go under the by-pass road through a wide bridge that feels like a tunnel. 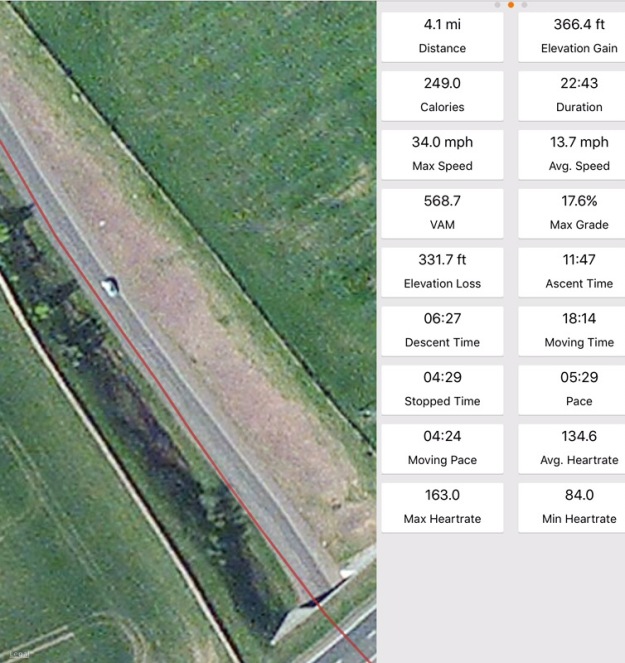 The route shown actually goes under the road, not over it.

I signalled that I was going to turn right and started to move out when the ‘Chelsea Tractor’ behind me pulled out and started overtaking. Muttering somewhat I pulled back in and waited till it was clear before signalling clearly again and moving out. Ahead of me the offending car pulled over to the left and signalled a left turn. As he/ she/ it swung to the left I slowed right down and moved to the centre of the road. I drew forward to get a clearer view before turning right, but went slightly over the white line ahead of me at the junction.

As I slowed (doing less than 4 mph) I saw this red car, cutting the corner towards me. I instinctively veered left away from it, but was caught by the wing mirror and flung to the ground. I felt a huge blow to my chest and lay there for a wee bit gasping for breath. Eventually I calmed down and started getting up. The bike was a mess, I think the back wheel had been run over and was certainly a curious shape. The front wheel was turning, but rubbing and the handlebars and levers twisted round, plus the a pain in my chest. Ah well!

Folk came running up and a woman from the car behind me kept saying “you were over the white line. Then an older lady, who it turned out had been driving the car that hit me, came back and was asking worriedly how I was. There were offers to run me home, but as it was just at the end of the village I told them I was OK to get myself back, loosened off the brakes and set off home, drama over.

The damage? A suspected broken rib, the back wheel needed rebuilding, the front wheel straightening, new handlebars and pride mending. And I’ll not be riding till things clear up a bit.

So, who’s to blame I keep getting asked, or did you ask for her insurance etc. Well I think it was a bit of fault on both sides, I was too far over or out, she was clipping the turn. Both of us should hopefully learn from it. Ah well again!!

May be a while before I’m up here again. 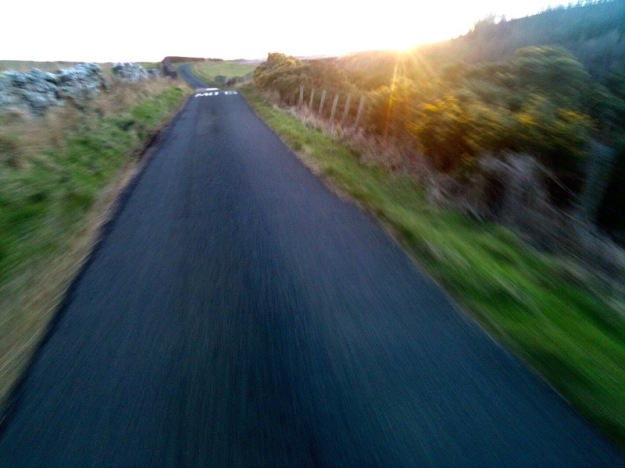 A happier ride the day before

A sunset ride the day before

7 thoughts on “A wee Contretemps or not?”