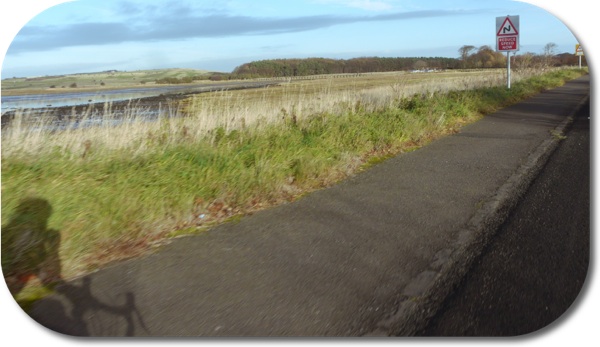 Does this mean me?

I should be past being affected by this?

Strava – that demon of the computer age, that beguiler, that drawer in of thoughts and actions, at least a bit of the time – it’s there.

But, if you are a fan (or taken in by it all) it can compel you to try, justify outrageous effort occasionally or just add a wee bit of excitement to an everyday ride.

So, if you’re slightly addicted (or worse), it’s a joy, especially on a calm day, to get home, load up your ride and see a PR pop up.

But occasionally, just occasionally, or in my case very, very, very occasionally that little crown appears. Yes KOM, or for the uninitiated King of the Mountain, though sometimes those mountains can go down as well as up, just like the stock market.

So the wind is blowing, it’s in your favour on a particular segment, you go like crazy, knowing there’s loads of young, fast thrusters cycled this stretch before you. But, you don’t give up – it may be long or it may be steep but you go for it, legs aching, heart beating, maybe a bit faster than it should, breath rasping but enjoying this all out feeling despite the hardship. You get home, upload again and there it is – you’ve done it – that magic crown appears on the achievements. A glow of satisfaction, even though you know in your heart that nature has really been on your side, or just sometimes not. Then the wait for the inevitable.

A wee while ago the wait wasn’t long. There was a segment locally that I went over, I worked on it diligently every time I went that way and then one day – yes – into the wind – it was mine. But next day a gale raged and with it was blown away my crown by an enterprising yoof.

Two weeks ago, it was blowing a hoolie, I was with another companion who was slightly faster on the 3.6 mile segment, but he’d forgotten his Garmin. We were both giving it the works, dropped down low, joyously giving it the bizz. Made it home – YES, I’d got it not just one, but two KOMs, Andy must’ve been a bit fed up? These ones lasted a week, then, while I was out with another group, some pals went out together on a real blasting day and a real gale and boof, I dropped into 4th & 5th place, ah well – them’s the breaks.

So is it worth it, definitely yes, some days I just like cruising, but on others I’ll take up the challenge and just try to go over the top one more time.