First – the squeaks and creaks – apart from me bones. I noticed a sort of squeaky, creaky sound whenever I changed the rear gear. It was hard to locate  the source while out, so I thought the noise was coming from the rear and the derailleur and cable needed some lubrication. A dose of white lightning later on and I was on my way again on the next ride. Goodness me, it was still there. I tried just pushing the lever without changing gear and sure enough the creak and squeak was still the same, though possibly louder. Got back, put the bike on the stand and pushed gently on the lever again. Aha, found it – seemed to come from near the gear lever. So – it must be the cable going – so obvious. Slipped the cable out of the adjusters and then the frame brackets, no problem, just a quick look at the cable end. Pushed the lever to the side – nothing obvious, pushed the cable nipple through so I could see it, nothing. So, one more thing eliminated. Everything put back together and no noise. Aha!! Sorted!!

Out on the bike next time and back it came again – this was not good, as well as being irritating. After the ride I was determined. My ear travelled up and down the frame as I carefully tweaked the gear lever. This time, this time!!

It appeared to come from the bottom bracket, what? Then it struck me, I  turned the bike over and yes – the noise was coming from the cable guides at the bottom of the frame. Right then, I was going to be that squeak’s nemesis. The tweak was set in motion. First clean out the guides from whatever gunk was there, didn’t appear to be hardly any. Next white lightning oil liberally applied over the cable and guides. Next turn bike over and cross fingers. The evil seemed to be gone, so turn over and repeat process to be sure. 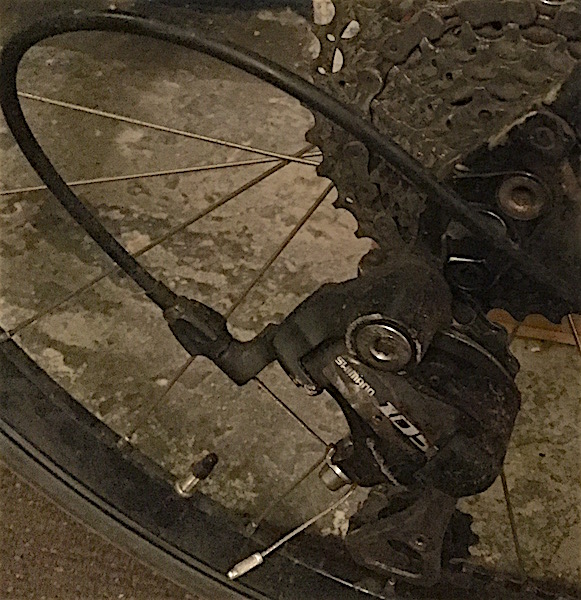 First check out the rear deraillier 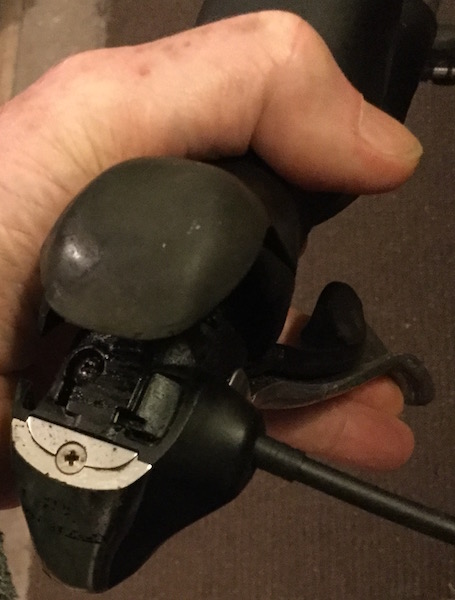 Second look for a cable breaking up 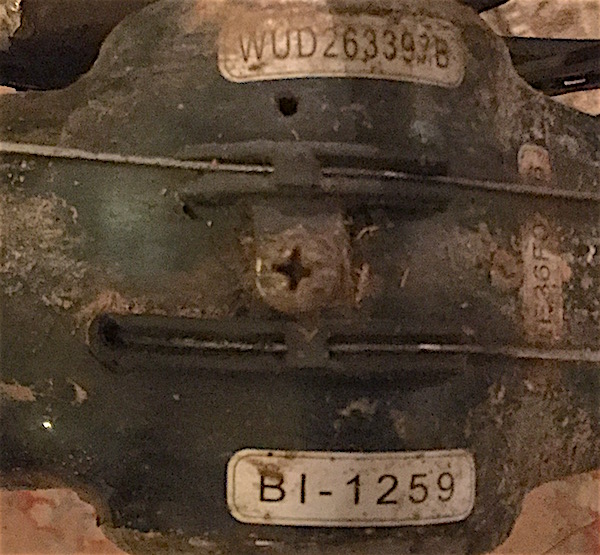 Finally – the cable guides – the culprit!

Next day out again and a quiet gentle gear change, but something felt not right with the pedal action. A sort of gentle clunk on the downstroke. I guessed what this one might be.

Back home, up on the stand, rock the pedal – yes, right this time, the bottom bracket bearings were away. So a quick order in for a replacement and I await the posties knock at the door, while hoping the one in the frame lasts for another couple of days. Fingers crossed again. It seems there’s always something.

Meantime, I did a Sportive down in the Scottish Borders last September, with some pals. I took my sportscam along and managed to get some not-too-bad footage and have finally finished editing. The Sportive is The Tour of Tweeddale, a superb event which I have done since it started 4 years ago. Last year it was 82 miles this year it’s 102 so should be interesting(?). I discovered that the Garmin VIRB app for the mac will allow me to superimpose stats onto the video so for a stats freak like me that’s no’ bad as we say. So for your delight if you wish you can follow the link, to get to the slightly better bits skip to 0:25 and 5:30

Tweeddale and The Wall of Talla: https://www.youtube.com/watch?v=Dow_0wd58zs